Minefield is a life-sized physical game that integrates a computer seamlessly into the experience. The project was inspired by the movement of ubiquitous computing that proposes a vision where computers would work backstage in an attempt to make them invisible.

This tangible memory game consists of a race between two players. Each player has a pathway composed of 7 footsteps, and they have to take one step forward at a time, always choosing between two options: left or right spot to step on. One spot is safe while the other has a bomb. When the game begins, the bombs are revealed for 2 seconds and players have to memorize where the bombs are (as many as possible, of course). When players step on a bomb, they have to go back to the starting point, remembering all the correct paths. The player who crosses the minefield first is the winner. 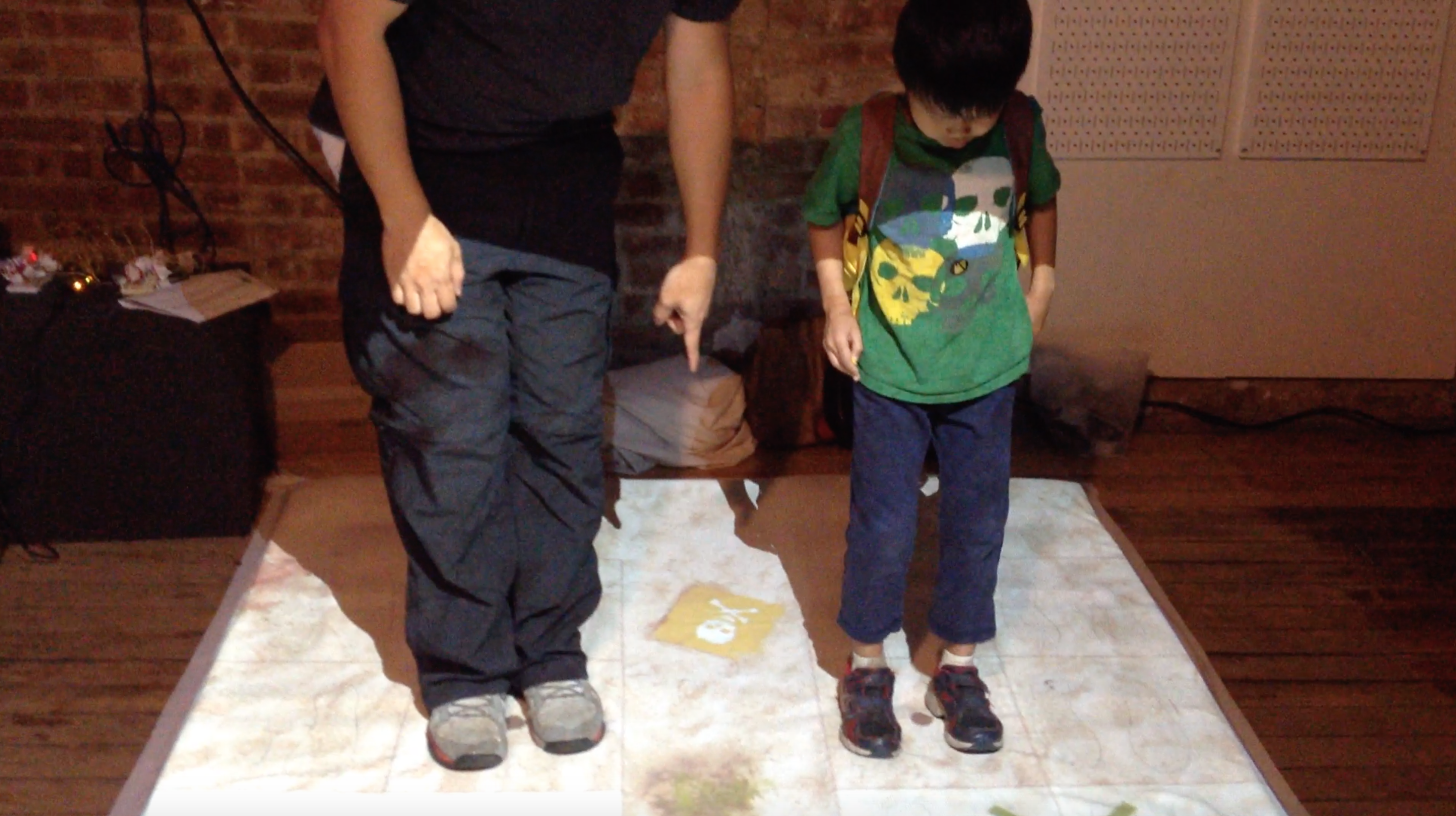 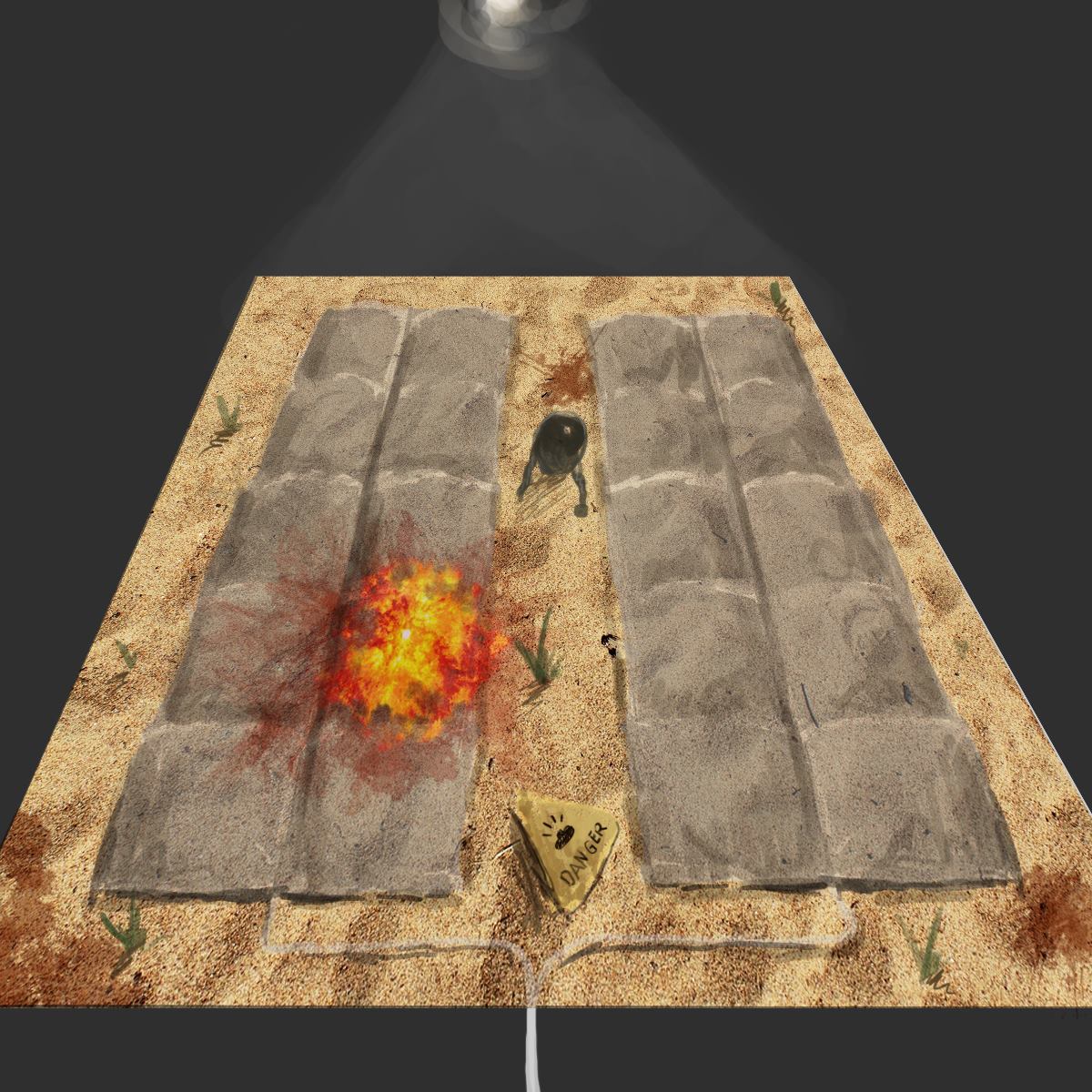 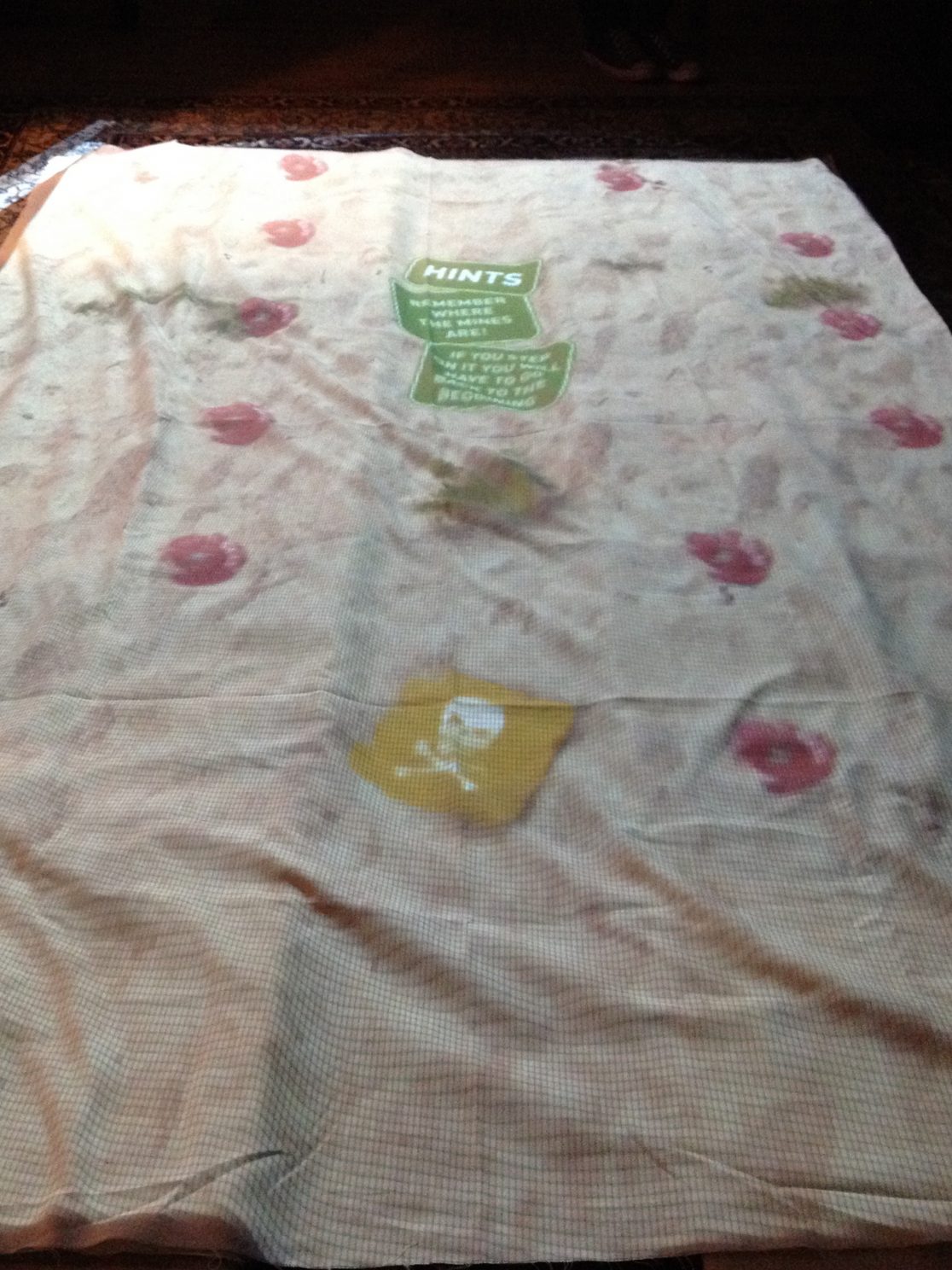